Which Bicycle Would You Choose? 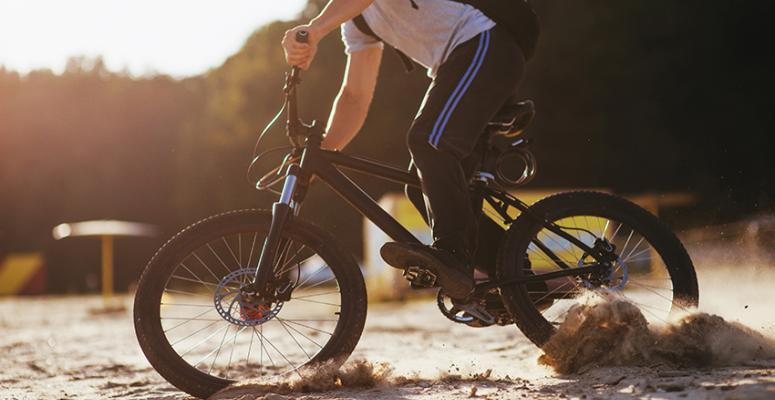 Which Bicycle Would You Choose?

Thought Leadership: From the CEO's Desk

Richard Leaver, Alliance PTP CEO - You are offered two very different types of bicycles and you are asked to choose one. Which one would you decide to choose?

Bicycle A is a hybrid, electric and pedal bike. This bicycle has a number of optional extras that make it a little more comfortable to ride than bicycle B but there is nothing remarkably different. Bicycle A is reliable and requires minimal physical exertion. The only downside is that the batteries in Bicycle A will not last long and at some point in the future you will have to change to a different type of bicycle.

Bicycle B is a carbon fiber road bicycle. There are no optional extras available and requires the rider to be 100% responsible for propulsion and perform regular maintenance. The bicycle will get you around much faster than the first bicycle but requires the rider to exert more effort and potentially at a higher initial cost of ownership. You will not have to have to replace Bicycle B and the total cost of ownership, in the long run, will be significantly less than bicycle A. It will be able to endure the test of time.

Bicycle A scenario is that of a clinical practice that doesn't require the clinician to work particularly hard while enjoying good compensation levels. However, with the changes in healthcare, it will only be a matter of time before the culture and practice pattern will have to change  due to the effects  of regulatory changes, reimbursement reductions and increased operational expenses. At some point the clinician is going to have to change employer or work harder as the economic realities of a changing healthcare environment occur. However, for the time being there is no sense of urgency to change and there are plenty of employment opportunities available that do not require the employee to exert significant effort for similar rewards.

With Bicycle B, or the second employer, the clinician is working in an environment that is fiscally responsible and able to provide long term job security. However, the productivity requirements are slightly higher than those of the first employer and compensation slightly less overall.

These two scenarios represent a real challenge to healthcare providers.

In reality, the  playing field is much more complicated than the scenario of where there were just the two different bicycles / employers. Clinicians have many employment opportunities due to the scarcity of supply and  ever increasing  demand. In addition, there are a significant number of providers who are operating in a manner that is not financially viable in the long term. However, to attract and retain clinicians they are prepared to operate in a manner that they know is unsustainable in the long term.

The question I ask is, how can employers' who are acting in a fiscally responsible manner attract talented clinicians in a market place that is not operating in an efficient manner? How does the fiscally responsible company become the employer of choice when the potential employee knows they will have to work harder for the same amount of compensation?

Only in a marketplace where supply of clinical labor is greater than demand can we determine which bicycle the employee gets to ride. Now, wouldn't that be nice!